You need to deploy FortiGate VM devices in a highly available topology in the Microsoft Azure cloud. The following are the requirements of your deployment:

* Two FortiGate devices must be deployed; each in a different availability zone.

* An external Microsoft Azure load balancer will distribute ingress traffic to both FortiGate devices in an active- active topology.

* An internal Microsoft Azure load balancer will distribute egress traffic from protected virtual machines to both FortiGate devices in an active-active topology.

* Traffic should be accepted or denied by a firewall policy in the same way by either FortiGate device in this topology.

Customer XYZ has an ExpressRoute connection from Microsoft Azure to a data center. They want to secure communication over ExpressRoute, and to install an in-line FortiGate to perform intrusion prevention system (IPS) and antivirus scanning.

Which three methods can the customer use to ensure that all traffic from the data center is sent through FortiGate over ExpressRoute? (Choose three.)

Refer to the exhibit. 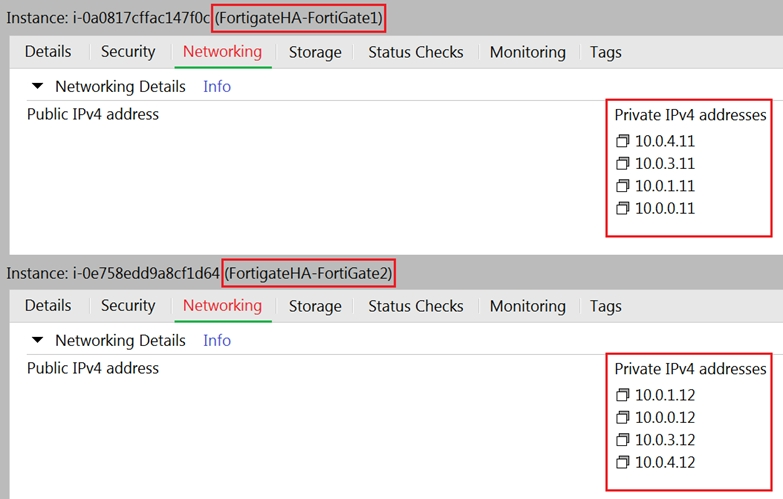 What should you do to correct this issue?

Which statement about FortiSandbox in Amazon Web Services (AWS) is true?

You have been asked to develop an Azure Resource Manager infrastructure as a code template for the FortiGate-VM, that can be reused for multiple deployments. The deployment fails, and errors point to the storageAccount name.

Which two are restrictions for a storageAccount name in an Azure Resource Manager template? (Choose two.)

An organization deployed a FortiGate-VM in the Google Cloud Platform and initially configured it with two vNICs. Now, the same organization wants to add additional vNICs to this existing FortiGate-VM to support different workloads in their environment.

How can they do this?

Refer to the exhibit. 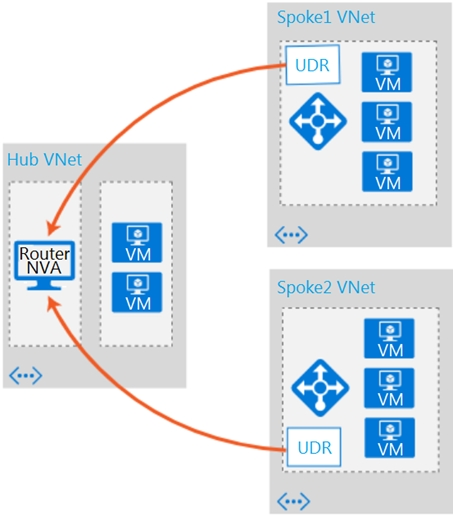 Which two conditions will enable you to segregate and secure the traffic between the hub and the spokes in Microsoft Azure? (Choose two.)