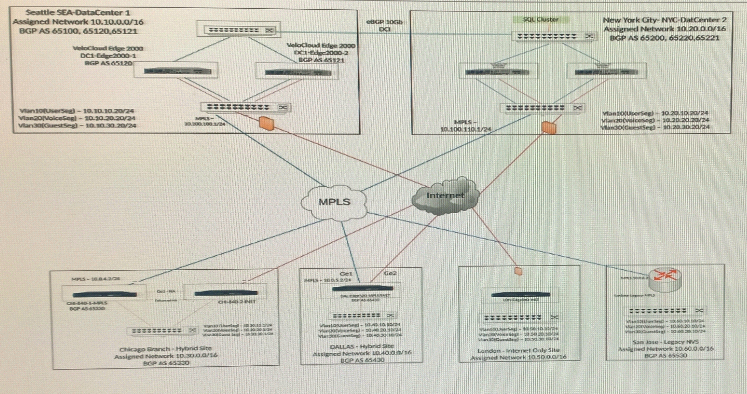 Users at the London site are complaining of various intermittent issues around websites not loading, or applications being remotely accessed disconnecting sporadically and reconnecting after a few minutes. The network administrator does not see anything strange on the Edge overview page and decides to check if the CPU or memory have been hitting close to 100/o.

Where should the administrator verify this information? 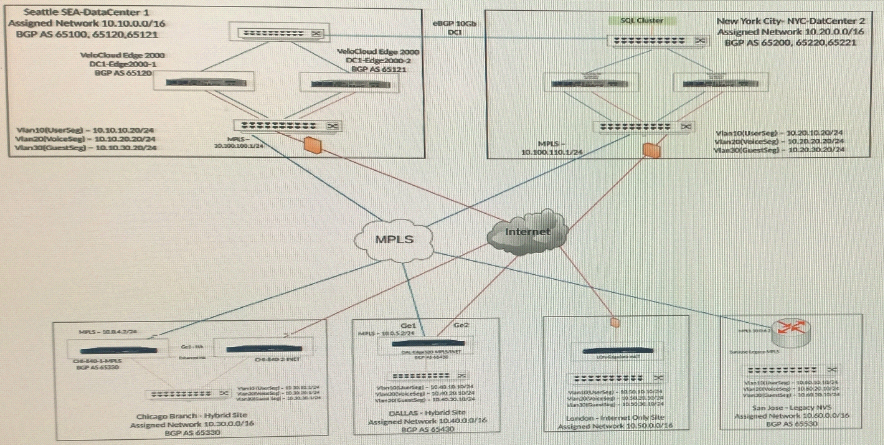 One branch location is not able to communicate with another branch location via dynamic branch-to-branch tunnels. While troubleshooting at the Edge configuration level, the network administrator notices Cloud VPN is not enabled and is grayed out, preventing them from enabling that feature. 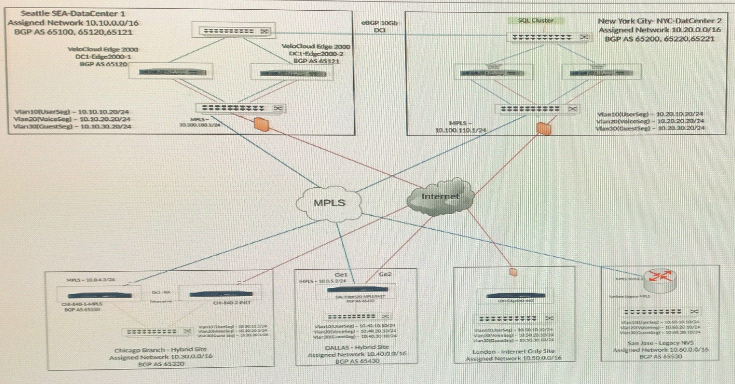 After deploying the Edge, the security team has determined that traffic from Guest wireless traffic is able to reach resources in the Production network. There should be absolutely no interaction.

How can this be prevented? 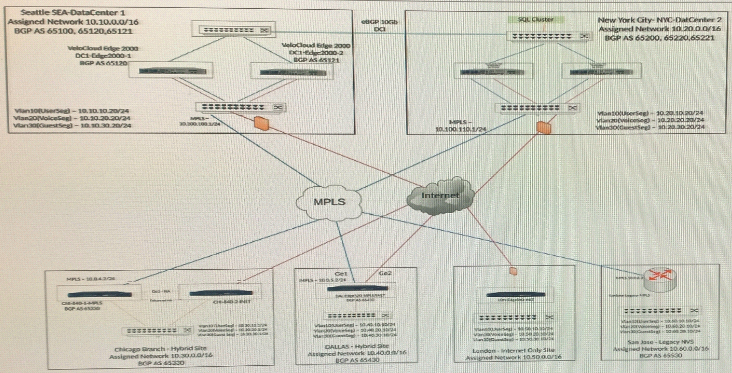 Where should the administrator check first to verify if the configuration is correct? 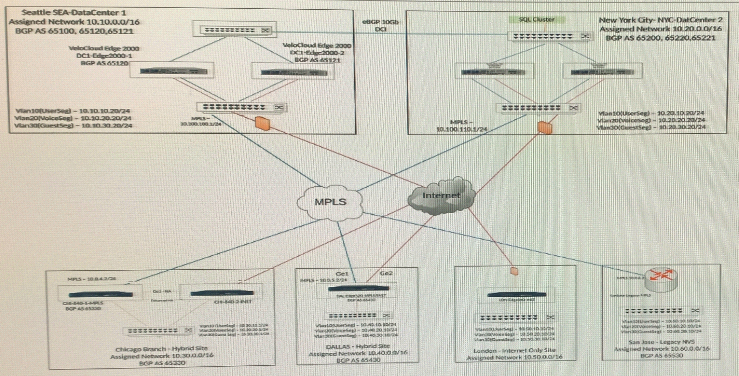 A network administrator has been told that Dallas needs some high-availability in the event that the SD-WAINJ Edge goes offline for whatever reason. There is limited budget so the administrator must use the other available CE router as a fallback mechanism. The administrator will use VRRP to provide H 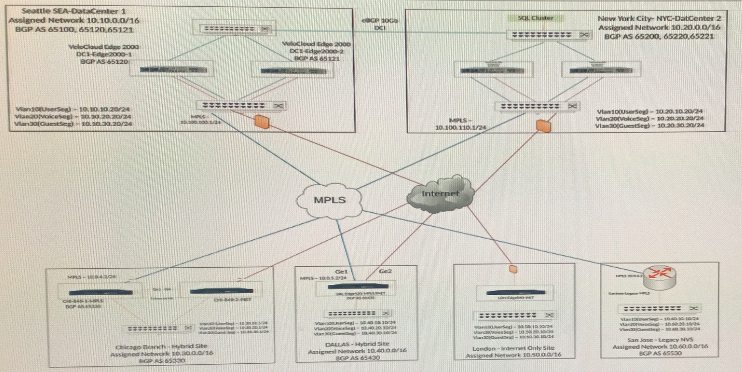 Several reports have come in from branch locations indicating customers cannot reach applications being served by the hub location. The hub location has a single LAN-side port from which it should be learning dynamic routes for the subnets serving the applications.

How should the technician verify if the ports on the Edge are up and working?

After resolving numerous connectivity Issues throughout the various branch sites, connectivity between applications and users is finally present. The network administrator is informed that during certain tests, applications are not performing as they are expected to. Users report that call quality has not fully improved and that some of their calls either drop or have poor voice quality where the conversation is breaking up. Other users are noticing that file transfers are slower than expect. A group of users from a few sites have reported slowness in accessing internal and external applications. 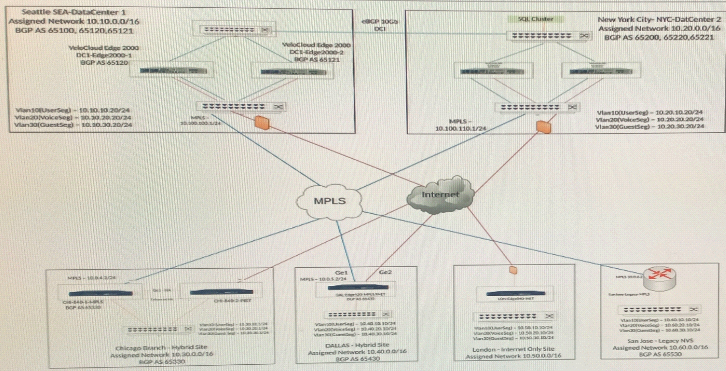 What is causing this behavior?